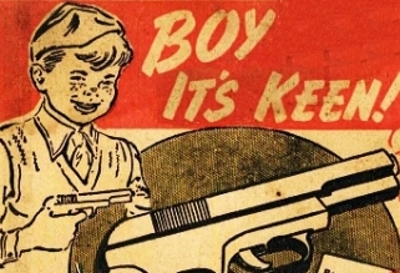 The jungle was thick and the terrain rough. Constant encounters with thick patches of vines and underbrush had slowed our progress. We had been walking for hours. The suffocating humidity and the heat were our constant companions. We had to watch for an ambush from the others. Luckily my team was well prepared for anything.

“Where are they?” Raven said.

“I know, shhh! Don’t give away our position,” I said in a loud whisper.

Raven nodded. In addition to her my team consisted of Dante, Bo, and Jinx. We were on an important mission, headed home after successfully collecting missing documents and discovering the fate of a foreign diplomat. The diplomat was abducted with plans for a devastating weapon in his possession. My team was sent because we were experts in neutralizing threats to national security.

The overgrowth masked our movements towards the edge of the canopy. My ears were tuned, trained to listen for any threat. That threat were survivors from our infiltration of the enemy compound. It was a group of foreign operatives who had followed us into the jungle. I didn’t want to go anywhere they had in mind. I just wanted to get back and see my friends and family again.

We had done a real number on their base. It was like a scene from a movie. My team was good at creating distractions with explosives and sabotage. Flames had licked the sky as we made our way into the heart of their operation. We found the weapon plans intact, but I cannot say that we found the diplomat in the same condition.

I reached down and touched the satchel at my waist. We had made it in, retrieved it, and had no issues inside the compound. My team hadn’t lost a member yet, and we kept that record strong today. The unfortunate didn’t arise until we started back out into the jungle; stray fire hit my second.

We’d been on many missions together. We’d rescued hostages, destroyed weapons and drugs in raids. I felt that I could trust Bo to do what it would take to make it, but he seemed to be struggling. He wasn’t making good time, and he seemed to be lagging behind. Despite him being my second I couldn’t knowingly allow him to slow down our progress.

We reached the jungle perimeter and the fresh air and breeze immediately revitalized my senses. The scene opened out into a field of tall grass. I felt my stomach knot and my pulse quicken as I took stock of our situation. This was enemy ground and we had to be careful. I needed my recon team to scout, but mostly, I needed my feeling of impending doom to disappear.

“Dante, Raven. Perimeter sweep, low out and back, double time,” I ordered.

“Sir!” they said in unison as they disappeared in opposite directions down the tree line.

Bo, Jinx and I sank to the earth, huddled tight while the others surveyed the scene for me. They were two of the best scouts I’ve ever had on my team and I felt incredibly fortunate to have such solid people with me.

There was something that was giving me pause; besides the now nearly open terrain we had to cross. Bo seemed distracted. He looked worried, or something. He constantly looked back into the jungle the way we came. Bo was diligent, and it could have been his cautious and thorough nature, but there was some sign there that was causing concern in me. I noted it, but accounted it to stress and the injury that he suffered.

“This is the final approach. We hit the field and breach the tree line at the far side. In another hundred yards beyond that is our extraction point,” I said.

“Our final approach, our final mission,” said Jinx sadly. His European accent was something I would miss.

“Don’t worry, I might be retiring, but this isn’t the teams final mission. Bo will be moving into command and will take control of the team. You will move forward and continue to serve our nation. You’ll still see me, I’ll expect you all to check in with me when you return from missions,” I replied.

This was my team, hand picked by me. I had been with them for a long time now, going on seven years. My time was ending though, as eventually happens, and I needed to move on to different things in my life. The world was changing, missions were changing, and I was older now. It seemed like I was so young when this started.

Dante and Jinx returned giving the clear and go signal. This was it. I gave the order for a silent craw to cross of the grass. Half way across the field I heard Bo, and that was when everything changed.

“You know sir,” Bo shouted as he stood, exposing himself and our position, “we started together, and you’ve always lead. I’ve always been your second, but I’m just nothing more than your shadow, and that isn’t fair.”

My heart sank. As he started waving his arms I heard the approaching footsteps through the grass. He had betrayed me, betrayed the team, and all over his ego. Our last mission was my last day, and he wanted me to know how he hated me for my leadership.

Bo had his gun pointed at me and commanded me to roll over on my back and look at him. I did, and saw other men in the area, guns drawn on my team. That’s when I put things together, finally heard the message my gut was trying to tell me. Bo had been injured before but never slowed down, never quit, never got worried. He had been acting guilty and I just couldn’t see it. My care for him had blinded me to his betrayal.

He put his foot on my chest and pressed me into the ground, gun pointed at my face, finger on the trigger.

“Shut up Carl, you just… you could have shared the glory but you don’t know how to share, you never have. Now you’re leaving, trying to move on to better things and leaving us here to still suffer and toil on thankless missions. Even though I’m older you’ve moved faster than me. I hate you and I wanted you to know that before our game here ends,” Bo said with a certain bitter pride.

“You could have told me to share. I never knew,” I pleaded.

I felt he was family, like a brother, and this was an ultimate stab in the back. I heard the footsteps come up and there he was; my ex third in command, my rival, a rouge officer who I had trained and who had also betrayed me so long ago.

“Hi Carl. Nice to see you where you’ve always been, under the boot of a better man,” the bastard admonished me.

“Great, it’s the jerk. Who invited you?” I replied sarcastically.

Bo pressed his boot in harder, lowering the gun closer to my face. Walter had won him over.

“Shut up Carl!” Bo shouted at me, “He’s a great man and is going to teach me to do great things.”

“What was I to do,” Walter chimed, “knowing you were once again treating your team so poorly Carl? Really, I appreciate Bo. I’m going to use his potential to do great things on many missions. But I couldn’t just let you go knowing this was my last chance to get satisfaction, could I?”

“You’re acting like a real kid too,” I said.

“Bah!” Walter shouted, pulling out his gun, “any last words?”

With that the school bell rang. Kids emerged from everywhere, running up the hill to the main playground and the school doors.

As Walter and Bo ran off I thought to myself:

That’s the last time I pay war with those guys.